DDR3 is finally moving to a price point that most people can afford. If you are looking for a great value 2GB kit running at 1600MHz, this HyperX kit is it.
Tags RAM Kingston HyperX DDR3

I always have a section on how ASE Labs handles stability. I shall do this for every RAM review that is done. At ASE Labs, RAM is only stable if it passes Memtest86+ and a plethora of memory intensive applications for a few hours like mprime and doing continuous compiling of specific programs. Just because the memory POSTs and runs doesn't mean that it is stable. Linux users may find memory errors by having errors in compiling (very common) to errors in tar as well as segfaults. Windows users can expect program faults and BSODs. Memory stability is very important. When we say that a specific specification of RAM is stable, we mean it!

As I said earlier in the review, the first kit I received was bad. I buy bad parts from time to time so it is no big problem to get a RMA and have a replacement sent. Once I received the new kit, stability testing improved... I set the Asus P5E3 Deluxe to the correct timings of 9-9-9-27 (2T) with a voltage of 1.9V. The RAM was not stable! I couldn't believe that I had received another bad kit so I proceeded to up the voltage a bit to see if it was a minor problem (only a single memory cell was failing). As I increased the voltage, more and more memory cells began to fail. This was odd.

Instead of pumping up the voltage, I dropped it to 1.88 (as reported by the board itself). At that voltage, the modules ran perfectly and were 100% stable. A call to Kingston leads me to believe that most motherboard manufactures put a bit of extra voltage to the RAM since many people use junk parts and extra voltage usually helps. It turns out that this kit is VERY sensitive to voltage so make sure you are aware of that. This is the absolute opposite of what I expected.

Since I was already at the max voltage, the first step was to see if I could get a better command rate. I couldn't. 1T is not a possibility with this kit due to the parts being used. Instead of tighter timings, I decided to see how fast I could get these modules up to. Memtest86+ reported that the modules were stable all the way up to 1860MHz. This was not the case, though. In further stress testing, the modules were only stable up to 1800MHz. Only is probably the wrong word to use since this is a jump of 200MHz on a 'mainstream' kit. Granted, the HyperX line isn't mainstream, but that's what Kingston is going for here. Your results may differ, but mine are very good. Again, this shows why a simple Memtest run will not give you a passing score alone.

All testing at ASE Labs is done without using synthetic benchmarks. It should come as no surprise that many companies use these 'synthetic' benchmarks to get a leg up on the competition without actually providing better performance overall. Now, in the case of RAM, this probably isn't true... Even so, a smattering of real world testing goes a long way to give a good picture of how good a product compares. I like to provide an apples to apples test so I used the »Crucial DDR3-2000 kit running at the same timings and speed. The modules were running at 1600MHz with 9-9-9-27 timings and a 2T command rate.

Testing was done with a Core 2 Duo 2.4GHz on an Asus P5E3 Deluxe. All testing is done on the latest version of Ubuntu (8.04 at the time of this review). Catalyst 8.6 drivers were used as well as a »Sapphire Radeon HD 4850 for use with the gaming tests. Nexuiz and Enemy Territory: Quake Wars were used at the lowest resolution (640x480) and the lowest details settings possible for each game. This is done to stress the CPU subsystem and not the graphics card. Lame and FFMPEG encoding rounded out the testing. The blue bar denotes the Kingston HyperX and the gray denotes the Crucial Ballistix.

In game testing, the Kingston HyperX edges out a very small advantage over the Crucial memory at the same timings and speed.

The same goes for the encoding tests where lower is better.

Still, the Crucial part is rated for 2000MHz so it is just waiting to be properly utilized. I like to make fair comparisons and in this case, Kingston's kit handles itself very well.

The KHX12800D3K2/2G kit retails for about $200 at the time of this review which is a fantastic price for modules that run at 1600MHz. The timings are a bit slow, but this is the king of pricing that allows many people to jump into DDR3 without too much hassle. It wasn't long ago that a kit such as this would be around double the price. If you're looking for a good mainstream DDR3 kit to run at 1600MHz, this kit is a top choice. 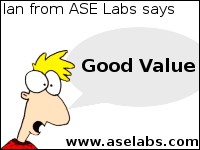 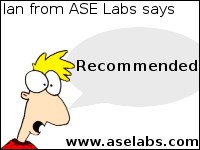 I'd like to thank Dave at Kingston for making this review possible as well as the tech guys for their support.
« Previous Page
Page 1
Page 2
View As Single Page Print This Page Print Entire Article