There are 18 messages in this topic Watch this topic for replies Subscribe to this topic
Add Reply Back to forum "Anything Goes" Back to Index
REGALITY.

Fri Jun 6, 2014 4:14:36 PM #289923 Perm Link
Thanks to my exams being over, I have a significant amount of free time and conveniently a lot of muse for roleplaying (plus I don't want to think about results day so... yeah). I've mostly been occupying myself with historical fiction and it's making me want to create some kind of war of the roses-esque plot? Not necessarily based in during the era, but some sort of struggle for power between houses? Sort of like Game of Thrones too, I guess.

I realise that a roleplay like this would require a lot of plotting and OOC communication - and, most importantly, interest - which is why I wanted to run it by people first? Even though this is a small community, I feel like something could work with a bit of effort.

Alternatively, if no one's interested in that sort of idea, it'd be great if you could tell me what you are interested in because I really do want to try and come up with something. Seriously, it can be anything.

(whispers this is maleficent/maritos/whatever you know me as by the way. I just remembered I changed my username/avatar etc. so yeah just in case you didn't realise).
Edited at Fri Jun 6, 2014 8:24:42 PM
Reply Quote Multi-Quote-Off Send PM Profile
Holmes 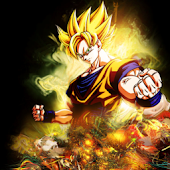 Sat Jun 7, 2014 1:24:46 PM #289930 Perm Link
Alright, so very basic ideas to begin with; I was thinking maybe a war between two powerful houses that has raged on for years has been won and a new monarch is in place in some land (that I still need to come up with a name for but details, details). Despite the country seemingly being at peace, political tensions are still quite high and there are a lot of clashes between the nobility and their men. Maybe the roleplay would focus around the court, so there would be things like treachery and murder etc. and it would leave room for any romance plots that people wanted.

Alternatively, we could have it so that the country is still at war and that would allow for a lot more action, though I think it would be quite chaotic, but it could work I think.

Or we could go all game of thrones-sy and do something like 'the King is dead!' and maybe his children are named illegitimate or he's left with no heirs, so there's a struggle for power between noble houses? Really, it can be anything.

Also, would you guys prefer to keep it realistic or add some element fantasy to it (nothing too much, though)? I'm open to ideas.
Reply Quote Multi-Quote-Off Send PM Profile
Zen27

Sat Jun 7, 2014 5:29:36 PM #289931 Perm Link
Maybe the king could be dead and advisors each want a different child of his to rule....the king could have had multiple wives so each child could hold a legitimate claim to the throne.
Advisors could have split the land and armies...
Maybe each bloodline could have a ability that the king had
Neither Black or White I am the GRAY
Reply Quote Multi-Quote-Off Send PM Profile
REGALITY.

Sat Jun 7, 2014 5:44:22 PM #289932 Perm Link
That's a good idea. We could say maybe he had four wives, and each advisor attempts to declare all of the children illegitimate other than the one they want to rule. Perhaps the most recent wife is still alive and she's the only one vouching for her own children?

Also, for abilities, I would prefer to stick with something small. Nothing too out there.
Reply Quote Multi-Quote-Off Send PM Profile
Zen27

Sat Jun 7, 2014 6:12:34 PM #289933 Perm Link
I kno no major abilities you can come up with a list of acceptable abilities. ...how about two wives are alive to add a lil more conflict
Neither Black or White I am the GRAY
Reply Quote Multi-Quote-Off Send PM Profile
REGALITY.

Sat Jun 7, 2014 6:23:45 PM #289934 Perm Link
How would that work though? Would he have divorced one of his previous wives or...?
I'm thinking the abilities could be more implied and I might 'borrow' some ideas from GoT in that respect, but I'll get onto that later.

Do you have any ideas about which characters you'd like to make? I think I might like to play the King's most recent wife.
Reply Quote Multi-Quote-Off Send PM Profile
Zen27

I'd play her son or daughter your choice. ...
I can also be the divorced wife
Neither Black or White I am the GRAY
Reply Quote Multi-Quote-Off Send PM Profile
REGALITY.

I might try posting up a thread for it soon, and get the foundations laid out.
Edited at Sat Jun 7, 2014 7:05:09 PM
Reply Quote Multi-Quote-Off Send PM Profile
Zen27

Sat Jun 7, 2014 7:19:24 PM #289937 Perm Link
Ok....
I'd be the oldest Son of the 1st wife (He'll probably have a dark side) -age 31 / also a accomplished warrior (Thinking his ability could be an immunity to magic)
Divorced wife - (Not evil but power hungry wants her child to have the throne)
The Current Wife's daughter (Feel like it should be a girl with a wild and rebellious spirit - a ability i was thinking she could have is to talk to nature like flowers and trees not full blown conversations just that she can speak to nature)....

Im willing to play more characters im sure holmes will want to be one of the kings children also... any characters you particularly want to play
Neither Black or White I am the GRAY
Reply Quote Multi-Quote-Off Send PM Profile
REGALITY.

I think those abilities would be alright. I'm reading a Lady of The Rivers at the moment and it talks about a sort of 'witchcraft' or affinity to the rivers being passed down from generation to generation, so maybe she's inherited an affinity to nature from her mother?

I could play one of the divorced wife's children - the heir maybe? Probably a male, in his late teens or early twenties.

I might play one of the most recent wife's children too - another daughter. I think it would be good to say that she has all daughters, and that would definitely weaken her claim. How old would you want yours to be so I can come up with an age etc.?

I could also play the advisor who is supporting the claim of the son of the first wife? I kind of have an idea for that character.
Reply Quote Multi-Quote-Off Send PM Profile
Zen27

The current wifes daughter who is 17yrs old
Neither Black or White I am the GRAY
Reply Quote Multi-Quote-Off Send PM Profile
REGALITY.

Sat Jun 7, 2014 8:01:15 PM #289941 Perm Link
ok i'll create my characters once you make it and feel free to start it
We can create character sheets for only the main characters... like no need to create sheets large sheets for the advisors or supporting characters

I am going to be the son of the third wife, he will be 21, just coming of age, he will be in the middle of his sword training when the role play starts, not a master, but not a new swordsmen either.

I also want to make a 13 year old Arya-type character, but I want to get it approved by you of course.

The son is fine and the daughter should be fine too, as long as she's of the fourth wife if she's one of the King's daughters.. An Arya-type character would be very welcome.
Edited at Sun Jun 8, 2014 3:41:51 PM
Reply Quote Multi-Quote-Off Send PM Profile
Page: [1]
Add Reply Back to forum "Anything Goes" Back to Index